Notice: We propose as your correct country. Switch now.
Products

Until now, the standard way to seal pipework through external walls such as basements or in swimming pools in the UK has been to use expanding foam, concrete or mastic material to seal the gap around the pipework and provide a water-tight sealing.

Obviously these methods can cause leakage or damp issues due to the expansion or contraction of materials allowing for an ingress - or escape – of water and gas.

Our press seals are relatively new to the UK market and here’s what Essex-based drainage supplier EasyMerchant had to say on the product:
„We met with the Hauff-Technik sales representatives at the UK Construction Week trade show at the NEC in Birmingham where they were showcasing some of their press seals alongside the range of waste water solutions. We could immediately see the benefits of using one of these versus the methods we’ve seen so far. The only issue I expected was a high cost. We sat down and discussed some prices and we were surprised and pleased to hear that using a press seal would likely save costs on the job as well as saving time and, most importantly, offering a much better finish. Since then we have managed to sell a few of these units and the feedback has been fantastic.“
One such customer was a luxury swiming pool designer and installer Poseidon Solutions Limited, based in London.
„We used the HSD pipe press seal from Hauff-Technik to seal a 110mm plastic pipe through different sections of the swimming pool. The press seal was not only surprisingly low cost, but it also held up to 2.5 bar pressure, which is far above my previous method. It also took only a fraction of the time to tighten up the seal, rather than dealing with wet tools and concrete. I will be using these on all designs going forward.“
A final word from EasyMerchant talks of the high quality service provided by Hauff-Technik:
„Not only are the products of high quality, but so is the service. They’ll ship all over Europe with cost effective shipping rates. We’ve taken orders not only in the UK, but also in Italy and The Netherlands so far. We can really see these products taking off and becoming the new standard in the near future.“ 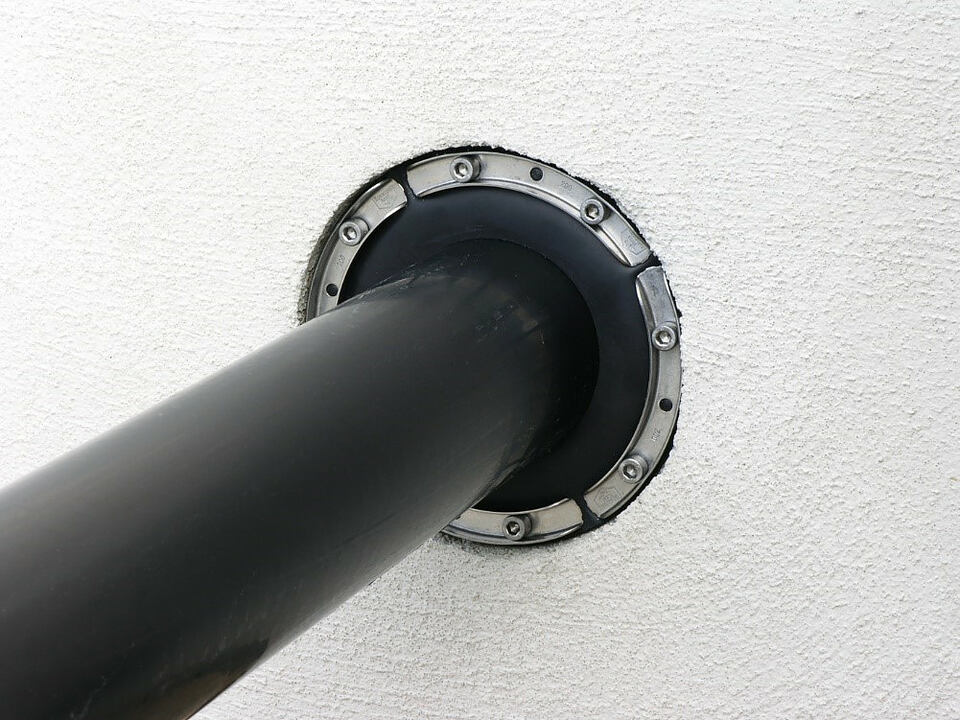